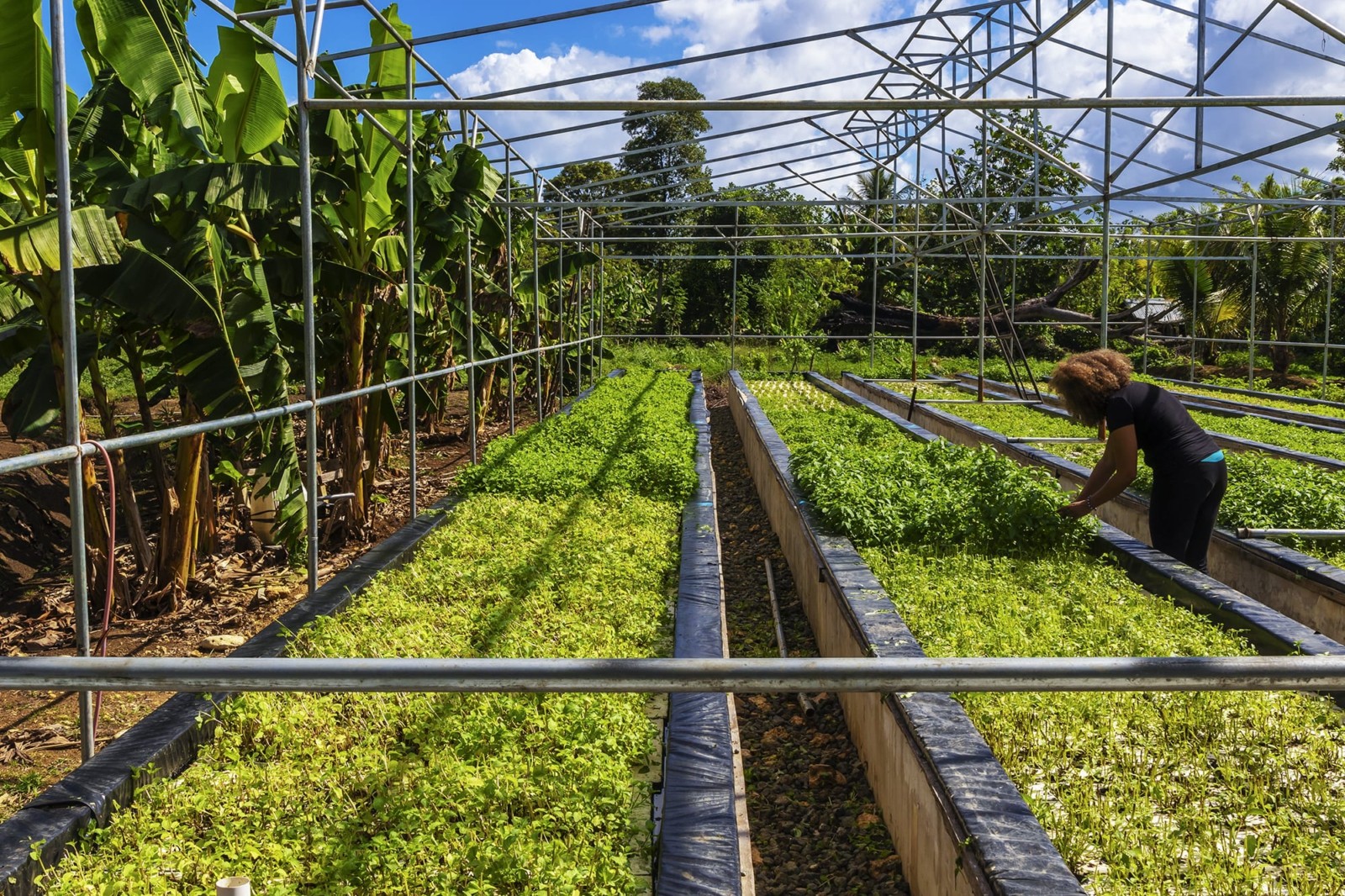 Climate Change and the Importance of Aquaponics

The Dominican Republic (DR) shares the Caribbean island of Hispaniola with Haiti. Unemployment remains high at 14 percent, and more than 30 percent of the population lives in poverty, with many of the poor located near the Haitian border.

Dominican Republic has a tropical climate, with a high climatic variety, presenting a range of rainfall ranging from 700 to 2400 mm per year and temperatures around 25°C and 30°C depending on the region of the country (USAID, 2017). In 2017, the DR ranked the 11th most vulnerable country in the world to climate change.

What is climate change?

When a meteorological parameter such as precipitation or temperature leaves its average value for many years, we speak of a climatic anomaly. It is caused by internal forcings, such as instabilities in the atmosphere and / or the ocean; or by external forcings, such as some change in the intensity of the received solar radiation or even changes in the characteristics of the planet resulting from human activity.

Events more frequent or intense like El Niño, hurricanes of greater magnitude, more pronounced warmer or cooler waves, are some of the ways in which the atmosphere could manifest climate change (Martinez & Osnaya, 2004).

What are the impacts of climate change?

There are several impacts caused by climate change in the world, but there are some that we can notice easier, as in agriculture with the increase of pests and diseases, the eroded and not fertile soil.
In water resources, water quantity and quality decrease. Tourist areas tend to reduce tourism and economy, since eroded beaches, salinised aquifers and the decrease of biodiversity.

Finally, ecosystems lose forests and more biodiversity due to the deforestation and the erosion of soil in the hills, creating a reduction in rainfall and freshwater.

Main impacts in the Dominican Republic

Floods are the most frequent climate-related hazard in the Dominican Republic.

The northeastern region is vulnerable to floods and mudslides from severe storms, while arid parts of the northwest are experiencing increasing temperatures leading to more drought, which reduces crop yields and water supplies.

The impacts of the climate change are the production’s decay, since there will be less rainy season, higher drought intensity, reducing crop yields and water supply for livestock and human consumption. As well, the pest population and diseases increase and the soil quality is lost.

Is estimated that 69.6% of the Dominican territory corresponds to dry sub-humid, semi-arid and dry areas that are partially or totally affected by desertification and drought.

The International Disaster Database (EM-DAT), of the 565 extreme events recorded in the last 111 years in Central America and the Dominican Republic, 357 have directly affected the agricultural sector.
Of these 357 events, the highest records are: floods (46%), storms (31%) and droughts (8%); followed by volcanoes, landslides and landslides that represent 12% as a whole, while the rest corresponds to forest fires (3%) and extreme temperatures (1%) that may be associated with the meteorological drought (Payano- Almanzar & Rodriguez, 2018).

Yaque del Norte River is one of the most important water resources in the country, since it supplies water to 17 municipalities, contributes to 6 hydroelectric dams and above all, it provides water to a large percentage of agricultural production.

Government statistics indicate that the water supply of this river can decline by approximately 22 percent between 2005 and 2025 due to climate change.

The water storage capacity of many dams decreased, negatively impacting the rice and cocoa sector. Some regions reported to 30% reduction in rice production, while production at the national level decreased between 10 and 15%.

Likewise, in 2011 it was reported that the most affected provinces were La Vega, Santiago, Valverde, Montecristi and other towns, where hundreds of quintals of plantain, yucca and sweet potato were lost (Payano-Almanzar & Rodriguez, 2018).

The tropical climate of the Dominican Republic can lead to several diseases transmitted by mosquitoes such as dengue, malaria, zika and chikungunya. At the time of obtaining extreme rains, the number of mosquitoes will increase, resulting a high rate of diseases in tourists and habitants from DR. 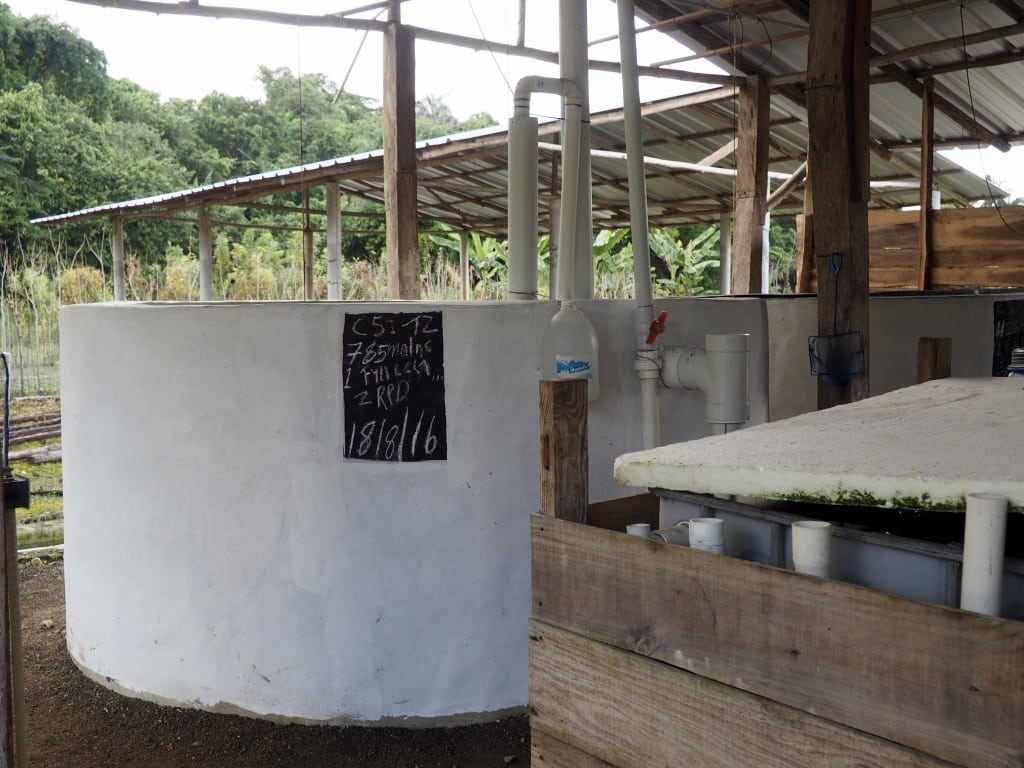 What is the role of the aquaponic system?

Aquaponics is a sustainable production system with two methods of cultivation, of plants and of fish. It combines traditional aquaculture, which is the breeding of aquatic animals such as fish, crayfish and shrimp; with hydroponics, growing plants in water in a symbiotic environment.

Given the demand for food due to the increase in population over the last few years, it was necessary to create a profitable and sustainable system for feed people without harming the planet. A system that integrates the essential factors results a controlled production that uses a minimum amount of water, and generates food sustainably.

There are potential benefits in aquaponics production systems compared to different traditional methods of production, for example, a system well elaborated with quantity of fish and necessary plants can give a better quality of water.

Another benefit is that the nutrients are obtained for free, since they come directly from the fish and likewise, the quantities of filters that are used in other methods are no longer needed, since the plants are responsible for filtering the water, giving as result an economic gain, minimizing infrastructure costs and most importantly, without harming the environment.

By deliberately and programmedly cultivating aquatic organisms, efforts are made to reduce the fishing pressure on the seas and rivers, as well as to reduce other types of less sustainable terrestrial animal production by providing another source of animal protein (Somerville et al., 2014).

Taino Farm is the leader of aquaponics in the Caribbean. It has an aquaponic bed system, where there is a large variety of vegetables and fish with high protein value such as Tilapia, which provides a large amount of nutrients to plants.

In the Dominican Republic, it has created a great advantage, given that it sustainably provides foods such as vegetables and fish.

When Taino Farm employs the aquaponic system, it gives high quality food to people and, above all, helps the environment.