Part 2 of the Buy Local Series

When you shop at local businesses you strengthen your community by supporting companies that stimulate the local economy, align themselves with environmentally friendly practices, and commit themselves to customer health and satisfaction. In this article we will dive deeper into the economic and consumer benefits of supporting local businesses. If you are wondering what counts as a local business or are looking for other reasons to support local businesses check out Part 1. 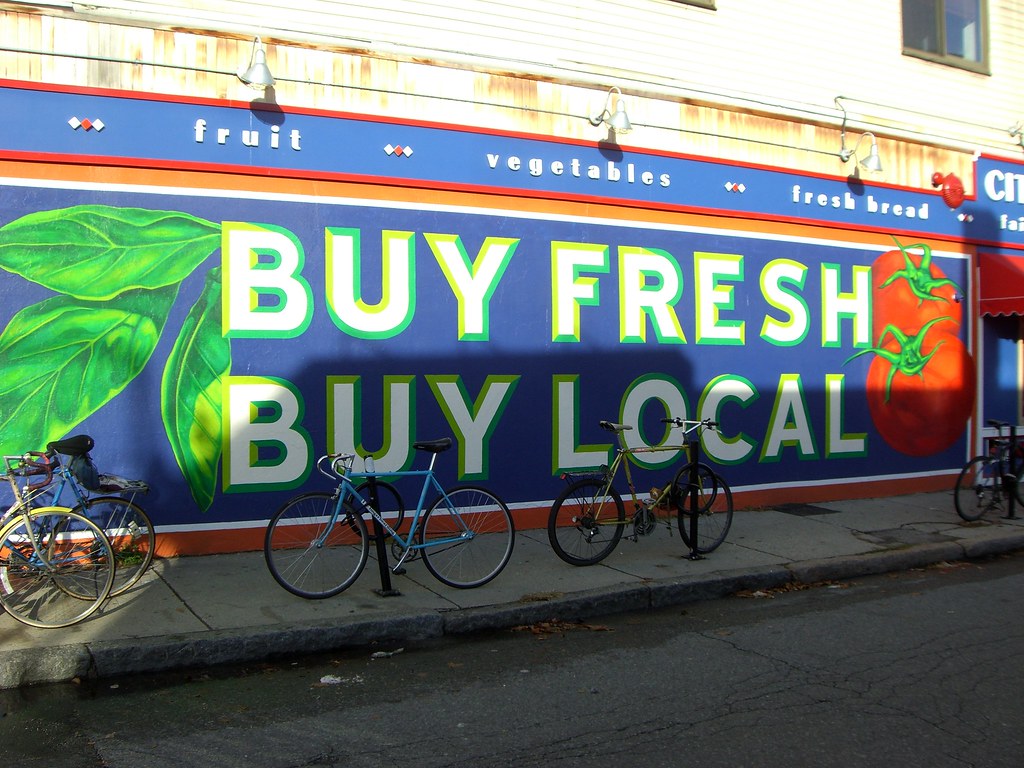 When you buy from companies whose owners are from and operating in the local community often they hire a local workforce as well. Small businesses account for 99.7% of all firms with employees and 41.4% of the private-sector payroll in the US. On top of this, small businesses created 61.8% of new jobs from 1993 to 2016 (SBA 2017). Instead of buying from stores that import their goods or outsource their work, you can create an opportunity to employ someone from your local community. If these local jobs didn’t exist, job seekers would have to commute to work increasing traffic, carbon emissions, and wasted time.

Keep Money in the Neighborhood

Local companies on top of paying local salaries, often get supplies locally and donate to local charities. This multiplies the effect of every dollar you spend, passing on the benefits to other local companies. One study from Maine found for each $100 spent by a consumer at a local business, $58 stayed in the city. This contrasts to chain retailers who only spend $33 of that $100 locally (Martin and Patel 2011). On top of that, local businesses contribute more towards local charities than large chain stores. In 2002, the Institute for Local Self-Reliance discovered that local businesses donate $4,000 of every million in sales whereas Walmart only donated $1,000. This also helps the government in the form of taxes. Each time the money passes hands that transaction is taxed leading to a higher local GDP. Another study from Iowa suggested that an input of $20 million spent by consumers at local farmer markets in 2004 had an economic impact of $31.5 million on the Iowa economy that year (Otto & Varner 2005). Although consumer spending stays the same, by keeping the money in the local area you generate more money for your government which can then go on to support public service projects such as roads, education, libraries, and more.

Large businesses strive to cut costs, seeking the cheapest goods and services regardless of the country of origin. Over time, this creates a dependence on foreign imports and damages the local economy. As more players follow this model, national economies become interwoven and remain at the mercy of foreign governments’ actions. D’Amour found that if Thailand decided to stop selling its rice internationally 136 million people would be affected across the globe. Likewise, if the states were to stop its corn exports, 21 million people would be at risk of hunger (2016). Buying local promotes sovereignty. It gives control back to the local people over the food systems and manufacturing chains that affect them.

The nature of a local business limits its ability to dominate one market completely. In 2017 Statista found that 1 out of every 4 dollars spent on groceries was spent at Walmart. Instead of one large box store monopolizing the market, this niche could be replaced by numerous local businesses. According to the European Commission more competition means lower prices, better quality products, and more options for consumers to find what they need. Competition can lead to more innovation too. As competition grows, small businesses must diversify their selection to secure their edge of the market. Breitzman and Thomas in 2011 published their findings that amongst high patenting firms, small businesses produced 16 times more patents per employee compared to large firms. Michigan State University states that this is a positive feedback loop, as having innovative local businesses attracts young professionals, who in turn may create their own local businesses increasing competition further (2010).  By shopping local, you can keep prices economical, buy quality products, and promote community growth. 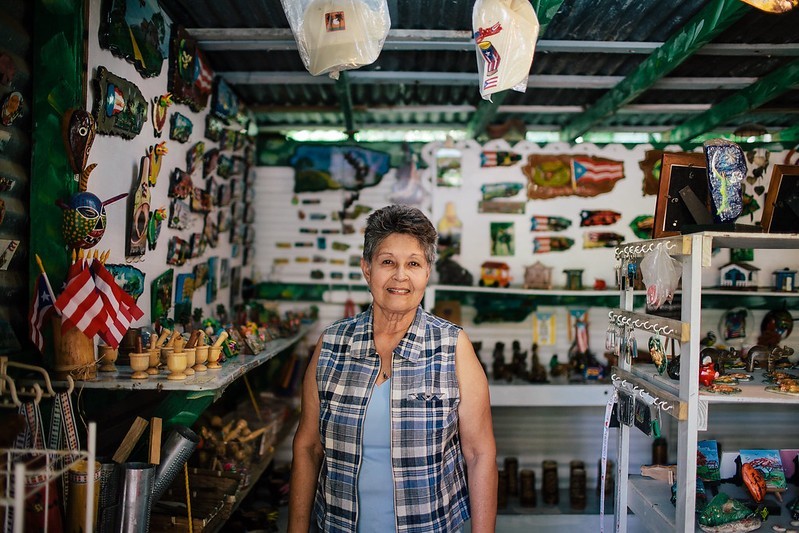 Local businesses need local support, so they commit themselves to customer satisfaction. This means benefits such as large product diversity, shorter shipping times, accessible sales teams, and community involvement. Without these happy customers, local businesses would lose the word of mouth marketing needed to grow and flourish.

As we mentioned above local businesses correlate with a greater diversity of products. While most large retailers have a set inventory based on national sales goals, local businesses are free to adapt to consumer needs. As a bonus, these local shops can often custom make or order parts for clients. To maintain patronage local businesses are more likely to be responsive to customers’ needs, whereas to a large chain store one customer means little in the pool of millions. These smalls stores also tend to have employees that have a high degree of knowledge of the products carried in their store allowing them to guide customers to products tailored to their needs.

When you shop at a local business you are seen as a person rather than a statistic. Local businesses typically have readily available staff attentive to your needs. 53% of customers stated independent pharmacies knew their names in comparison to only 13% at chain stores. They also found that 90% of shoppers rated independent pharmacies as “Excellent” or “Very Good” in courtesy, helpfulness, accuracy, speed, and pharmacists’ knowledge beating out all other chain drug stores (Consumer Reports, 2015). These personal connections lead to long-standing service and company accountability. Even better, because local businesses are local, shipping times are minimized; something everyone can support. They can also be more flexible on company policies or in price negotiations to maximize their consumer experience. Overall the personalized experience, attentive staff, flexibility on policies, and ease of transactions lead to local businesses supplying superior customer service.

Local businesses come together to form an image of the community as a whole. This can become a sense of pride for those living in the area. Rather than create a cookie-cutter city full of box stores that are found everywhere, stocking the town with one-of-a-kind businesses gives the area a unique character. For example, local restaurants may incorporate a locally grown crop to their dish connecting its consumers to the local land and setting it apart from other restaurants across the country. As we mentioned before, local businesses are also more likely to donate to local charities and non-profits further connecting community members with one another. Furthermore, those owning local businesses better reflect the makeup of the community. In 2012, 14.6% of small business owners were minorities, 36% were women, and 9.3% were veterans (Lichtenstein). While not perfect, it is a step in the right direction. Together local businesses’ representation and support foster a strong sense of community. 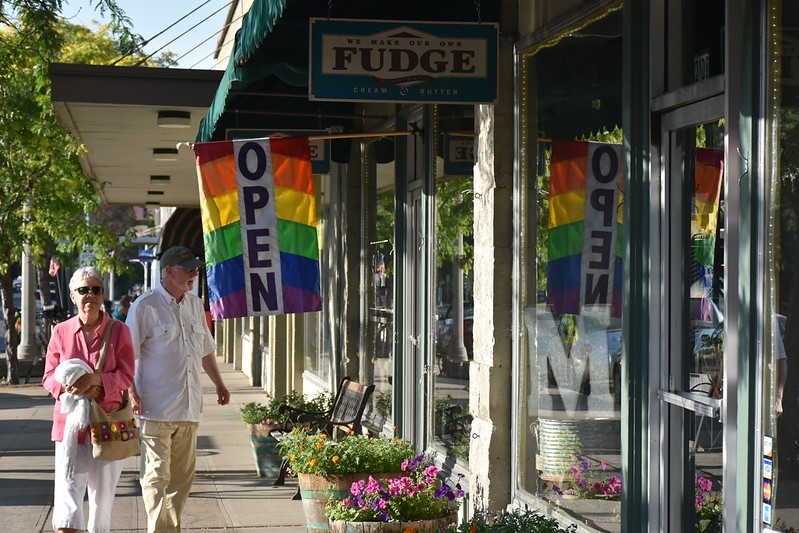 Besides the great benefits local businesses can have on the economy and customer satisfaction that we have talked about today, they are also great for your health and the environment too. Stay tuned for Part 3 to learn more about local businesses you can support in the Dominican Republic. 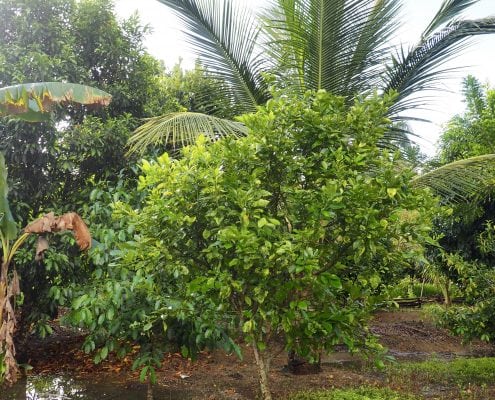